Management Consulting – What is the fuss all about? 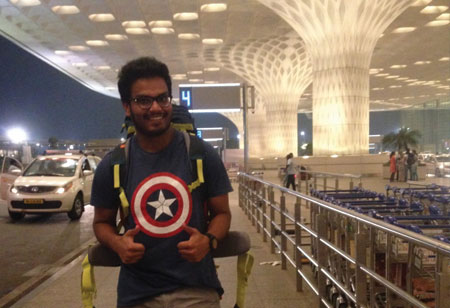 Amongst all the hot trends in the corporate world, the jargon, ‘management consulting’ has been in highlights since the recent past. If one goes by the definition, one would explain management consulting as any activity that has, as its apparent justification, the provision of some kind of support in identifying or dealing with management problems, provided by individuals, groups, or organisations that are external to the particular management domain and which are contracted by the management on a temporary basis.

Too much? Let’s simplify by gazing at a case study:

What strategy consultants do is to identify the problems in the businesses and find solutions to correct them. Every organisation functions in its own different way. Therefore, the solution to each organisation’s problems cannot be generic in nature. It has to be rather tailor made.

With the introduction of liberalisation policy in 1991, plethora of global business opportunities became open to Indian business houses. Further, Indian markets became attractive to foreign players owing to liberalised reforms and availability of cheaper resources. This led to new businesses coming into existence in a very short span of time. What was crucial at this point of time was to safeguard sustainability of such businesses in the country which would ensure the growth of the economy as targeted. Consequentially, the government of India introduced various liberalised reforms specific to consulting industry to make the Indian market attractive to the big global consulting houses. The intention was to aid budding businesses to survive and grow sustainably by making available a basket of strategy and management consulting services offered by these players.

However, due to the early phase of economic development, the Indian consulting industry was restricted to demand for basic services such as market research, supply chain optimization, information technology implementation, financial restructuring, and other such services.

However, as the Indian economy grew by ways of opening up to foreign investment and compete, Indian corporations going global, deregulation across sectors, rise of value consciousness amongst customers etc, organisations realised that they bore heavy opportunity costs owing to poor strategies.

The Indian consulting story began in the 1990s when C. K. Birla approached McKinsey to devise a turnaround project for Hindustan Motors. McKinsey was the first strategy company to enter the Indian market in the early 90′s with their office in Delhi. Starting with about 100 odd consultants in their first 10 years, they now employ over 500 consultants over the country.

Over the past few years, the Indian management consulting industry has witnessed three major trends:

According to an estimate, there are now over 10,000 big and small consulting firms in India. Out of the 10,000 firms, 6,000 are in the four metro cities of the country viz. Delhi, Mumbai, Chennai, and Kolkata.

What About the Future?

Consulting is an innovation based service industry where constant up gradation is a must. The focus in the 80s and 90s was about identification of issues.

Over a period of time the requirements of the clients changed, leading to enhancement of the maturity of Indian markets. Taking the consulting game up a notch and going beyond entry strategy, consultants assisted their clients in execution and establishment of businesses in different countries. Consulting firms now have also learnt the art of re-inventing themselves in terms of what they sell. The core service will always remain the same but over a period of time consultants will learn how to do things differently. With clients becoming more demanding, consulting firms can no longer be primeval, sitting in their luxury offices.

India has been an attraction to many foreign investments during the recent past. With the availability of exploitable and not-so-costly resources in the country, new businesses are setting up by the day, leading to an extensive expansion in the consulting sector.

Further, in order to promote innovative and smart business ideas and to promote utmost economic diversification, India has also loosened the pathway for ‘start-ups’ wherein various incentives such as ‘Corporation Tax’ exemption for 3 years to the extent of 100 percent, exemption from ‘Labour Laws’ for a tenure extending to three years are proposed.

With the incorporation of such dynamism in the nation’s economy, strategy consulting would be one of core requirements for new businesses to survive in the competitive and ever-evolving market that India is.

According to the Associated Chambers of Commerce and Industry, the Indian consulting industry is expected to record revenues of Rs 27,000 crore by 2020. One estimate says that between 500 and 600 high-value consulting contracts, worth $250 million to $300 million, are awarded every year by Indian companies, including 30 or 40 projects worth over $2 million each.

The markets are changing and so are businesses. New business ideas are coming to light every single day replacing the earlier ones. From astronomical discoveries to economic explorations, everything is changing and growing at a pace like never before.

How does a business stand strong in such dynamic and demanding environment?

One way is to keep on updating as per the changing preferences, technologies etc. Other way is to kill competition by entering into smart merger and acquisition deals. Which way to go? How to evaluate the set of alternatives? That’s where management consultants come to picture. They help organisations to develop tailor made solutions to their individual problems which are then updated on timely intervals as per the changing economy.